These are special independent copies... the film has gone into official distribution with RONIN Films. ALL of the proceeds from the independent sales go towards recouping the costs for everyone who worked on the film.

Email ThisBlogThis!Share to TwitterShare to FacebookShare to Pinterest
NEWS

You will also be able to see it on free to air TV - NITV/SBS later this year in November. It will be available via SBS catch-up service online if you miss it, and also on remote community television stations such as Goolari.

In November, DVD's of Lurujarri Dreaming will be available for sale online.

We are currently developing the educational outcome that will accompany the film. This is a big project and we are also seeking funding for this aspect which will include an interactive website and study guide linked to the Australian National Curriculum.

DEVELOPMENT IN AND AROUND WALMADANY/JAMES PRICE POINT- STILL A THREAT

Woodside Petroleum pulled out of the proposal to process LNG at Walmadany in April this year, which has been a massive relief for the Goolarabooloo and other people in the Broome community.Unfortunately the fight continues to save this land, it's Songlines and the Lurujarri Heritage Trail, as WA Premier Colin Barnett is continuing his push to compulsorily aquire the land. He is intent on building a port  as part of his plan to industrialize the Kimbereley and in his own words, tranform Broome into 'the next Dubai'.

Please follow the links on the right for more information, and details on how to help.

SYNOPSIS
Paddy Roe- the late Senior Goolarabooloo Custodian- won an order of Australia medal for initiating the Lurujarri Heritage Trail in 1988. His vision encompassed the Goolarabooloo tribe walking together with non-indigenous people along their Songline, learning about the Goolarabooloo way of life and spiritual connection to country.Today, the Goolarabooloo are still carrying out his vision, albeit the pressures of the resource industry.
This 28 minute animated documentary outlines the Goolarabooloo tribe’s recent history and rich cultural connection to country, using the nine day Lurujarri Heritage Trail as it’s main structural thread. The main narrator, a young Goolarabooloo tracker named Brian Councillor, guides the viewer along the Lurujarri Heritage Trail, introducing people and places. Stories are told by a number of Goolarabooloo people, young, old, male and female, and particular stories are told in specific places along the trail – correlating with the history or dreaming story of that place. Bugurregurre or Dreaming stories are accompanied by animated sequences, as are explanations of the Songcycle and its’ importance in transmitting cultural knowledge. The crucial role of  Paddy Roe and his remarkable legacy are highlighted along the way, as is the story of his spiritual connection to the coastal country.

HOW IT BEGAN
It was through the Lurujarri Heritage Trail that Bernadette met the Goolarabooloo community in 2002, as hundreds of others have done in the past 25 years. In 2009 I returned to Broome to visit the Goolarabooloo again , and this documentary was the outcome of a conversation with the community there. Since then we have recorded oral stories, pored over scripts and storyboards over countless cups of tea. The creative team has grown over time to accomplish a rather large task, and to bring in expertise for specific components of the project.
The film received a $5000 grant from the Hamer Family Fund, and over a hundred people supported the project with online donations through two rounds of crowdfunding - one through Pozible. The majority of this film was self-funded and made possible by the generosity of creatives providing pro-bono work.

GENERAL OUTCOMES
To be screened at local and international film festivals, broadcast TV, and most importantly to be distributed to the Goolarabooloo community.

EDUCATIONAL AND COMMUNITY OUTCOMES
The next step will be an online educational package to accompany the documentary.  Alongside this an audio archive for the community will utilize the many hours of oral recordings with the Goolarabooloo, including recordings of traditional language - a crucial element of this archive.

Email ThisBlogThis!Share to TwitterShare to FacebookShare to Pinterest
Still images from the animation 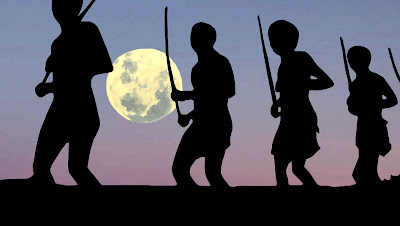 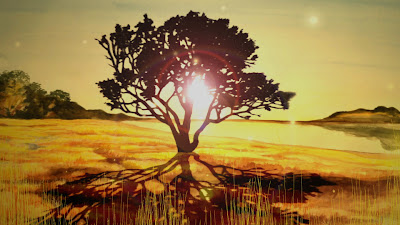 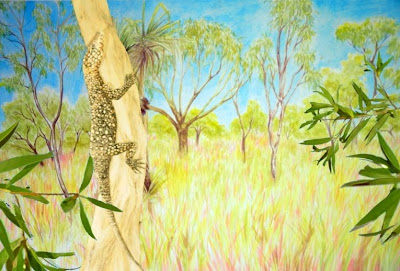 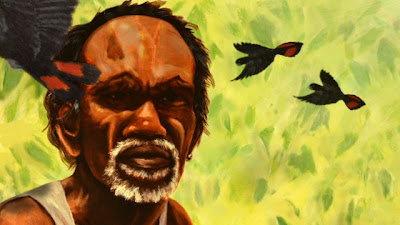 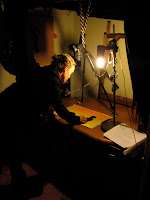 HOW CAN YOU SUPPORT THIS PROJECT?

For donations less than $50 you can donate immediately and easily using the secure Paypal method. (please note- if you use this option, your donation will not be tax-deductible)

More information about the Goolarabooloo